another princess in training

“The spirit and will of any child would have been entirely humbled and broken by the changes she has had to submit to. But, upon my word, she seems as little subdued as if—as if she were a princess.”

OTHER BOOKS BY MEG CABOT

From the desk of

I realize that you will never read this letter, primarily because you are dead.

But I feel compelled to write it anyway, because a few months ago during a particularly trying period in my life, a nurse told me I needed to be more verbal about my feelings.

I know writing a letter to a dead person isn’t exactly being verbal, but my situation is such that there are very few people I can actually talk to about my problems. Mostly because those people are the ones causing my problems.

The thing is, every time I think I have self-actualization on the horizon, something comes along to mess it all up. Like this whole princess thing. I mean, just when I thought I couldn’t possibly become a bigger freak, POW! It turns out that I’m also a princess.

Which I realize does not seem like an actual problem to many people. But I’d be very interested to see how THEY would react if every single spare moment of THEIR lives was taken up by lessons in being a royal from their tattooed-eyelidded grandmother; getting stalked by the paparazzi; or attending boring state functions with people who have never even heard of The OC, let alone know what’s going on with Seth and Summer’s on-again-off-again romance.

But the princess thing isn’t the only thing that’s put a wedge between me and my quest for self-actualization. Being the sole sane caretaker of my baby brother—who appears to have grave developmental problems because at ten months he still cannot walk without holding on to someone’s (usually my) fingers (while it is true that he has shown markedly advanced verbal skills for his age, knowing two words, “tuck”—truck—and “kee”—kitty—he uses them indiscriminately for all objects, not just trucks and cats)—hasn’t helped much, either.

But that isn’t all. How about the fact I have been elected president of the student council of my school…but am nevertheless still one of the most unpopular people in said school?

Or that I’ve finally figured out that I do have an actual talent (writing—in case you can’t tell from this letter), but also that I won’t be able to pursue a career in my field of choice, because I will be too busy ruling a small European principality? Not that—according to my English teacher, Ms. Martinez, who says I have a problem with the overuse of adjectives in my descriptive essays—I’m ever going to get published, or even get a job as an assistant writer on a situation comedy.

Or that I finally won the love of the man of my dreams, only to have him so busy with his History of Dystopic Science Fiction in Film course, I hardly ever get to see him.

Do you see where I’m coming from with all of this? Every time self-actualization seems to be within my reach, it is cruelly snatched away by fate. Or my grandmother.

I’m not complaining. I’m just saying…well, exactly how much does a human being have to endure before she can consider herself self-actualized?

Because I really don’t think I can take anymore.

Do you have any tips on how I might achieve transcendence before my sixteenth birthday? Because I would really appreciate some.

P. S.: Oh, yeah. I forgot. You’re dead. Sorry. Never mind about the tips thing. I guess I’ll just look some up in the library.

BIMONTHLY MEETING OF THE AEHS

Tina Hakim Baba, Secretary, due to emergency retainer refitting after her little brother flushed her old one down the toilet

(Which, by the way, is why I’m the one writing the minutes. Ling Su can’t, due to having “artist” handwriting, which is very similar to “doctor” handwriting, meaning it is actually indecipherable by the human eye. And Lilly claims she has carpal tunnel syndrome from typing out the short story she sent in to Sixteen magazine’s annual short fiction contest.

Or, I should say, the FIVE short stories she sent into Sixteen magazine’s annual short fiction contest.

Still, I think my story, “No More Corn!”, is pretty good. I mean, it has everything a short story SHOULD have in it: Romance. Pathos. Suicide. Corn.

Who could ask for more?)

Motion to approve the minutes from February 15th Meeting: APPROVED

My request that the school library remain open on weekends for the use of study groups was met with considerable resistance by school administration. Concerns raised were: cost of overtime for librarian, as well as cost of overtime for school security guard at entrance to check IDs and make sure people entering were, in fact, AEHS students, and not just random homeless people off the streets.

The gym is kept open on the weekends for sports practices. Surely the security guard could check IDs of both student athletes and students who actually care about their grades. Also, don’t you think even a moderately intelligent security guard could tell the difference between random homeless people and AEHS students?

I know. I mentioned this. Principal Gupta then reminded me that the athletic budget was determined some time ago, and that there is no weekend library budget. And that the security guards were mainly hired for their size, not their intelligence.

Well, then, maybe Principal Gupta needs to be reminded that the vast majority of students at Albert Einstein High are not involved in sports, need that extra library time, and that the budget needs to be reviewed. And that size isn’t everything.

Duh, Lilly, I did. She said she’d look into it.

(Why does Lilly have to be so adversarial during these meetings? It makes me look like I don’t have any authority whatsoever in front of Mrs. Hill.

I really thought she was over that whole thing about me not stepping down from office so that SHE could be president. I mean, that was MONTHS ago, and she seemed to forgive me once I got my dad to go on her TV show so she could interview him about European immigration
Next > 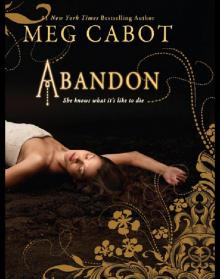